Honoring Artie Weiss on his 60th Year of City Service 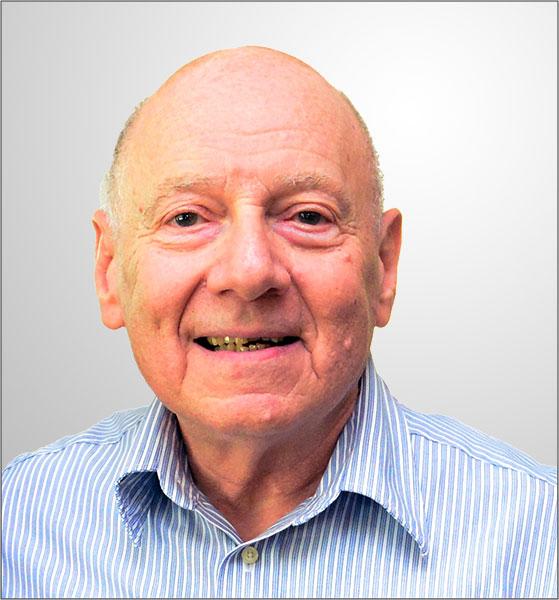 As NYCERS celebrates its 100th Anniversary, we are pleased to recognize another milestone in NYCERS’ history – Artie Weiss, of NYCERS’ IT-Mainframe Operations unit, has been working for the City for 60 years, 55 of them at NYCERS!

Artie went to work for the City on March 14, 1960 at the age of 18 – right out of high school. (One of his fellow high school graduates was Vermont Senator Bernie Sanders – but his mother got the job application for him!). He spent his first five years working for the Department of Finance as a Tab Operator (“Tab” is short for “Tabulator”). Artie’s job was to sort the IBM punch cards – the cards contained data represented by the absence or presence of holes in the card (forerunner of the zeros and ones used in modern-day programming). He sorted them manually by whatever data point was needed – by date, alphabetically, or transaction type. There were thousands of cards and it could take days to sort them.

“When I got hired at 18, I went to the Municipal Building and got sworn in to the Department of Finance and got a booklet about the history of New York City and being a civil servant. The fee was a quarter I think. When I started I made $3,000 a year as a Tab Operator, just above clerk level. The raise was $250 a year. But I felt really good – I felt like a million dollars.

“I worked at 50 Pine Street in the Division of Special Taxes on the 6th floor. We had elevator operators then, who were City workers, but no air conditioning.

“The Tab Operators were the eyes and ears of what was happening – if they didn’t know what to do, they knew who to go to.

“I could see what was happening – now the computer does all the work. The Tab Operator saw things that were wrong, like a wrong date, and spotted it. Made sure it was running properly. I knew the job instinctively and would know if a voucher wasn’t done or the job wasn’t completed.”

Five years later, Artie passed the Senior Tab Operator test and came to NYCERS at 2 Lafayette Street in Manhattan. He became a NYCERS member on January 2, 1965. At that time, NYCERS was under the Board of Estimate; the head of the system was the Secretary of the Board of Estimate (who picked him up and drove him to work during the 1970s transit strike.)

NYCERS had a staff of about 200 when Artie started. “There were no lawyers, no Legal Division. Just a law clerk. We had a typing pool, and typewriters – manual, and then electric. It was a different world. The only phone was on the supervisor’s desk – you had to get called to the phone. Now there are regular phones and cellphones everywhere.”

“Across the street from the office you paid 65 cents for 2 eggs, coffee, and toast, 75 cents if you wanted a piece of meat.

“Everything was handwritten into books, like the book in the glass case on the 21st floor in Brooklyn. I saw people working with those books. We had a History Cards room with big white index cards and machines to put them in. I went from the Loans Room to the Refunds Room, and all the business unit rooms; customers would wait outside on benches to speak to a NYCERS employee about their loan or refund. I brought all customers’ applications and other documents to the keypunch operators.

“For the weekly loan and refund vouchers, the keypunch operators would punch the cards, and the cards would be sent by messenger to the Comptroller, where checks would be cut. For the quarterly reconciliation (3 months’ worth of cards), the cards were loaded onto a wagon and wheeled across the street to the Office of the Budget, where the members’ accounts were adjusted. One of my jobs was to manually check the cards each quarter to make sure they were correct and no information was missing.

“All the printing was done in the Tab Room in my department – vouchers, certifications, everything. We would bring the printing to the other departments. I guess we were the original ‘Central Printing.’

“I became a Senior Tabulation Operator and then computers started to take over the work. I did parallel work to make sure the computer was doing the work right – I was a ‘safety valve.’ I knew the complete job; if there were problems I went right to the person doing the work. Now there are many layers doing the work.

“Now everything is so fast. Everything is computers. It’s amazing and it keeps on rolling along – more and more information is on the computer.”

City service is something of a family affair: Artie and his wife have a son who previously worked for the New York City Corporation Counsel, and a daughter who is a New York City schoolteacher (plus five grandchildren).

Artie has been in his current title — Computer Associate Technical Support – since September 17, 1979.

About NYCERS’ 100th anniversary, Artie shared this thought: “It’s great, but I miss all the people I knew who were true friends, like family. My graduating class graduated.”

Artie Weiss holds the record as the longest-standing NYCERS member. When he was asked how that made him feel, and what kept him going, he answered: “I feel proud. I met great people and can’t ask for anything more. I never made much with the City – but I am grateful for my career with the City. People used to put it down years and years ago. I picked up the work and saw the whole thing unfold. I was never sorry working for the City. People knock it but I don’t think they mean it half the time they say it. I am grateful for the opportunity to serve. Proud to be a City worker and happy to have met all the wonderful people in my career. People want this, they want that, but they don’t realize what they have now.”

Artie, your NYCERS family thanks you for your service and congratulates you on 60 years of dedicated service to the people who serve our city!

This item appears in