Service rendered while the employee is on the payroll and being paid by the City of New York or a Participating Employer.

Service in one of the above-mentioned uniformed forces must have been rendered immediately prior to becoming a member of the uniformed force of the NYC Department of Correction to count as Allowable Correction Service.

Note: The 22-Year Plan for Uniformed Correction Force members (CF-22) is a Credited Service plan, not an Allowable Service plan.

Service in one of the above-mentioned uniformed forces must have been rendered immediately prior to becoming a member of the uniformed force of the NYC Department of Sanitation to count as Allowable Sanitation Service.

Note: The 22-Year Plan for Uniformed Sanitation Force members (SA-22) is a Credited Service plan, not an Allowable Service Plan.

Allowable Service as a Dispatcher Member

Allowable Service as an EMT Member

Allowable Service as a Special Officer

Service rendered in the following titles whose duties are those of a peace officer under the NYS Criminal Procedure Law:

Allowable Service in the Transit Authority

Membership Service (not purchased service) while employed by the New York City Transit Authority in a Career and Salary title or Transit Operating Force title.

Payments made to Tier 1 and 2 retirees derived from their Accumulated Member Contributions. These payments are typically based on the contributions the employee made to NYCERS throughout his or her membership.

The 62/5 Plan is an Age 62 – Five Years of Credited Service plan. This plan is for employees of the City of New York or a Participating Employer who became a member of NYCERS after July 26, 1976 but prior to April 1, 2012, and who did not elect to participate in the 55/25 Program.

The total amount of service used for members’ pension calculations, except for participants of special plans that exclusively have an Allowable Service requirement. The following types of service are included in the total:

EFT, or Direct Deposit, ensures that your payment will not be lost or stolen. Most NYCERS members and pensioners use EFT for their NYCERS payments because it is:

A person who is eligible to be paid an Accidental Death Benefit, in the following order of priority:

An Eligible Beneficiary must apply for an Accidental Death Benefit and NYCERS’ Medical Board and Board of Trustees must approve the application.

In the event that a class of Eligible Beneficiaries consists of more than one person (for example, two or more children under the age of 25), benefits will be divided equally among such persons.

A member of NYCERS who is a Participant in one of the Special Programs, who is employed in an Eligible Position.

An Eligible Position is ANY position in City service EXCEPT:

* The exception is any Transit Authority Member who was enrolled in the 57/5 Program prior to enactment of Chapter 10 of the Laws of 2000, and thereafter elected to remain a Participant in that Program.

Tier 2, 3, and 4: The greater of the average annual Wages earned during any three consecutive calendar-year periods, or the final 36 months immediately preceding the member’s retirement date. If the salary earned during any year included in the calculation of the member’s FAS exceeds the specific limits for Tier 2, Tier 3 or Tier 4 members, the amount in excess of such limit is excluded from the computation.

Tier 6 and 22-Year Plan: The average of wages earned by a member during any continuous period of employment for which a member was credited with five years of Credited Service. However, the wages earned during any year used in an FAS calculation cannot exceed the average of the previous four years by more than 10 percent.

Where the period used to determine Final Compensation is the period which immediately precedes the date of retirement, any month or months (not in excess of 12) during which the member was on authorized leave of absence at partial pay or without pay are excluded and an equal number of months immediately preceding the five-year period shall be substituted in lieu thereof to provide Credited Service totaling five calendar years.

For members of the uniformed forces of the departments of Sanitation and Correction who joined the retirement system prior to July 1, 1973: the annual rate of salary earnable on the day before the date of retirement.

For all others: Earned or earnable salary in the year before retirement or the average of annual compensation earned during any three calendar years.

Tier 1 members with a membership date after June 17, 1971 and Tier 2 DA Investigators in the 20-Year Plan are subject to certain limits if their Final Salary exceeds that of the prior year by more than 20%.

The fixed dollar maximum amount of Personal Service Income a pensioner receiving a Tier 4 or Tier 6 Disability Retirement Benefit can earn in any calendar year. The Income Limitation is established annually based on percentage increases or decreases in the prior year’s Consumer Price Index.

Contributions for Tier 1 and Tier 2 members that are contributed by their employer equal to 2% of the members’ gross salaries; 2.5% for Correction Officers.

An account maintained for each Tier 3, Tier 4 and Tier 6 member into which the “basic” contributions deducted from the member’s paycheck each payroll period are deposited, plus interest earned on such contributions at the rate of 5%, compounded annually.

The rate of Basic Member Contributions is 3% except 2% for Transit 25-Year/Age 55 Retirement Plan and Tier 6 members who are required to contribute between 3% and 6% dependent upon annual wages earned during a plan year.

Service rendered after joining NYCERS. Includes all service while on the payroll of the City of New York or a Participating Employer and Military Service.

Various laws allow members to purchase service credit for time spent on active duty in the U.S. military. They are The Uniformed Services Employment and Reemployment Rights Act (USERRA) and Article 20 of the New York State Retirement and Social Security Law as added by Chapter 548 of the Laws of 2000. Each law has different provisions for granting of service. A member is entitled to receive credit for Military Service under whatever law provides him or her with the greatest benefit.

Under all provisions, Military Service must have been satisfactorily completed and a discharge under honorable circumstances received.

For Tier 1 members only. The amount of normal contributions accumulated with interest to the earliest date for service retirement, less the amount of the reserve for Increased-Take-Home-Pay on such date. For a member in the Career Pension Plan, the amount of normal contributions is accumulated to the date on which he or she either completed or could have completed 25 years of Career Pension Plan qualifying service.

A member of NYCERS who is employed in the MTA Bridges & Tunnels (TBTA) as a Bridge and Tunnel Officer, Sergeant or Lieutenant in a non-managerial position and who elects to contribute to NYCERS for the right to retire under the 20-Year/Age 50 Retirement Programs enacted by Chapter 472 of the Laws of 1995.

Any member of NYCERS who elects or is required to participate in one of the Special Programs.

In addition to the City of New York, the following Participating Employers also employ members of NYCERS:

City service rendered by an employee who is regularly scheduled to work 1,827 hours in a calendar year is considered full-time service.

That part of a member’s retirement benefit that is provided by contributions made by the City of New York or the member’s Participating Employer(s).

Any wages, salaries, tips, professional fees, or other compensation received for personal services actually performed for any employer after the effective date of retirement of a Tier 3, Tier 4, or Tier 6 disability retiree.

A position in City service included on the Official List of Physically-Taxing Positions promulgated and maintained by the NYC Office of Labor Relations.

Service rendered by Tier 1 and Tier 2 members while employed in the uniformed-force of the NYC Department of Correction.

Service rendered while employed by an agency of the City of New York, or with the State of New York, or any of its political subdivisions, before becoming a NYCERS member.

The benefit payable by the Social Security Administration which is determined by a formula based upon wages earned from a public employer from which Social Security deductions were taken.

Service for which retirement service credits was received while a member of a public employee retirement system of the City or State of New York.

For some Tier 1 and Tier 2 members, an amount that at the time of death or retirement is equal to the accumulation of the contributions for ITHP, plus interest earned thereon.

For Tier 1 and Tier 2 members, the annual benefits payable in monthly installments consisting of the Pension, including pension for Increased-Take-Home-Pay, if any, and Annuity.

Compensation used in computing a benefit.

A member employed in a position in the uniformed-force of the NYC Department of Sanitation.

For Tier 1 and Tier 2 members only.

Social Security offset allows you to reduce some or all of your Basic Contribution Rate by the percentage taken out of your paycheck for Social Security. By doing this, you may end up with a deficit in your account.

In the past, a Tier 3/4 Member typically exercised his or her Tier 3 rights when he or she wanted to retire prior to age 62, since there was no such provision under Tier 4. Due to enactment of Tier Equity legislation in 2000, Tier 4 members are now eligible to retire before age 62, with a lesser benefit reduction than under Tier 3. Furthermore, Tier 3 Service Retirement and Disability Retirement Benefits impose a significant reduction when the retiree reaches age 62 — i.e. the retirement benefit is further reduced by 50% of his or her primary Social Security benefit attributable to his or her Credited “City” Service.

It is not always advantageous to revert to Tier 3 for retirement purposes. However, there are Tier 3 disability provisions that may make a Tier 3/4 Member eligible for a benefit that he or she would not be eligible for under Tier 4.

A Tier 4 member employed in the operating-force of the NYC Transit Authority and some managers.

An approved leave of absence during which a member does not receive Wages from his or her employer. Generally, members may not receive Credited Service for periods of unpaid leave.

Any earnings paid for services rendered to an agency of the City of New York or any other public employer in New York City or New York State. 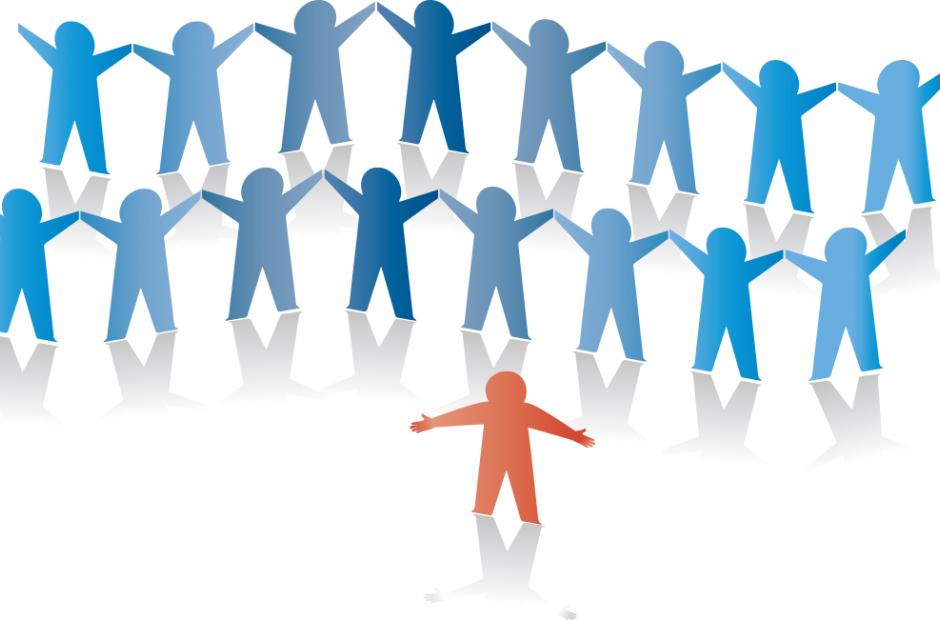 What Tier am I?

Your Tier is generally determined by your title and the date you joined NYCERS, as follows: